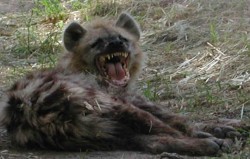 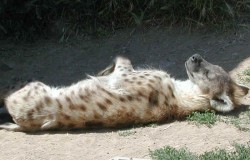 Animal models are useful because they permit experimental studies of personality that would not be possible in humans (e.g., cross-fostering studies). Research on non-human animals is well suited to answering some longstanding questions in the field (e.g., What is the impact of early environment on personality development?). This research can also address issues in animal welfare (e.g., Can pets be effectively matched with suitable owners?) and be applied in practical contexts (e.g., identifying dogs well suited for explosive-detection work).

My research program consists of three stages. The first stage was to evaluate the viability of assessing personality in non-human animals. The second stage was to develop appropriate assessment methods. The third stage was to implement the findings of Stages 1 and 2 to address questions in personality, social, and health psychology. Our research suggested that it is viable to measure personality in animals and impressions of animal personality do not merely reflect anthropomorphic projections.

In a cross-species review that included studies of octopuses, guppies, rats, pigs, dogs, cats, donkeys, hyenas, monkeys, gorillas, and chimpanzees, we identified animal analogs of such traits as sociability and emotional reactivity. However, evidence for a separate conscientiousness dimension was found only in humans and chimpanzees.